Carefully chosen paving can form the framework for a garden, as well as serving the practical purpose of creating spaces that can be used throughout the year. We use a range of different materials for paving, from traditional York stone to cutting-edge, engineered slabs. 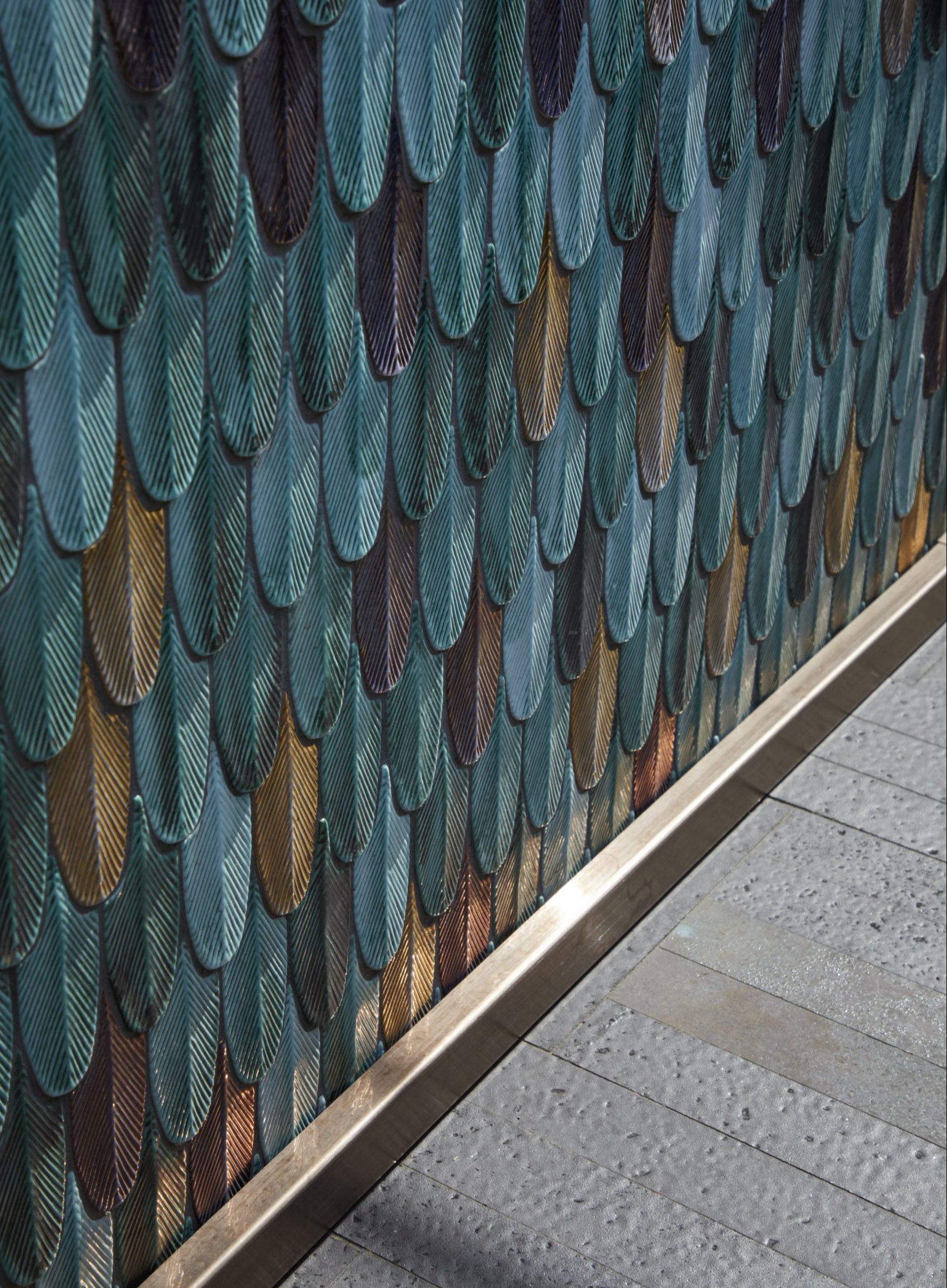 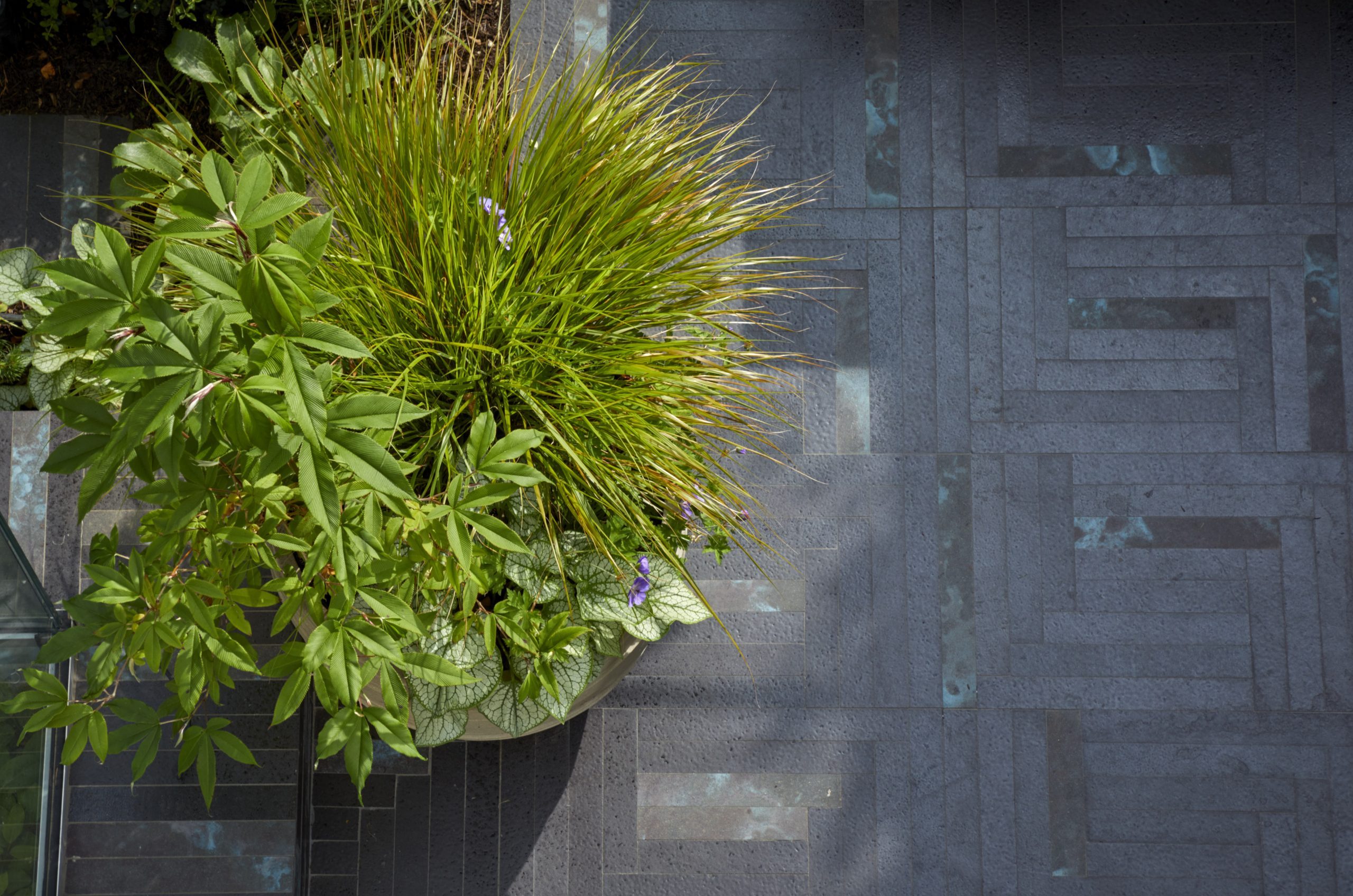 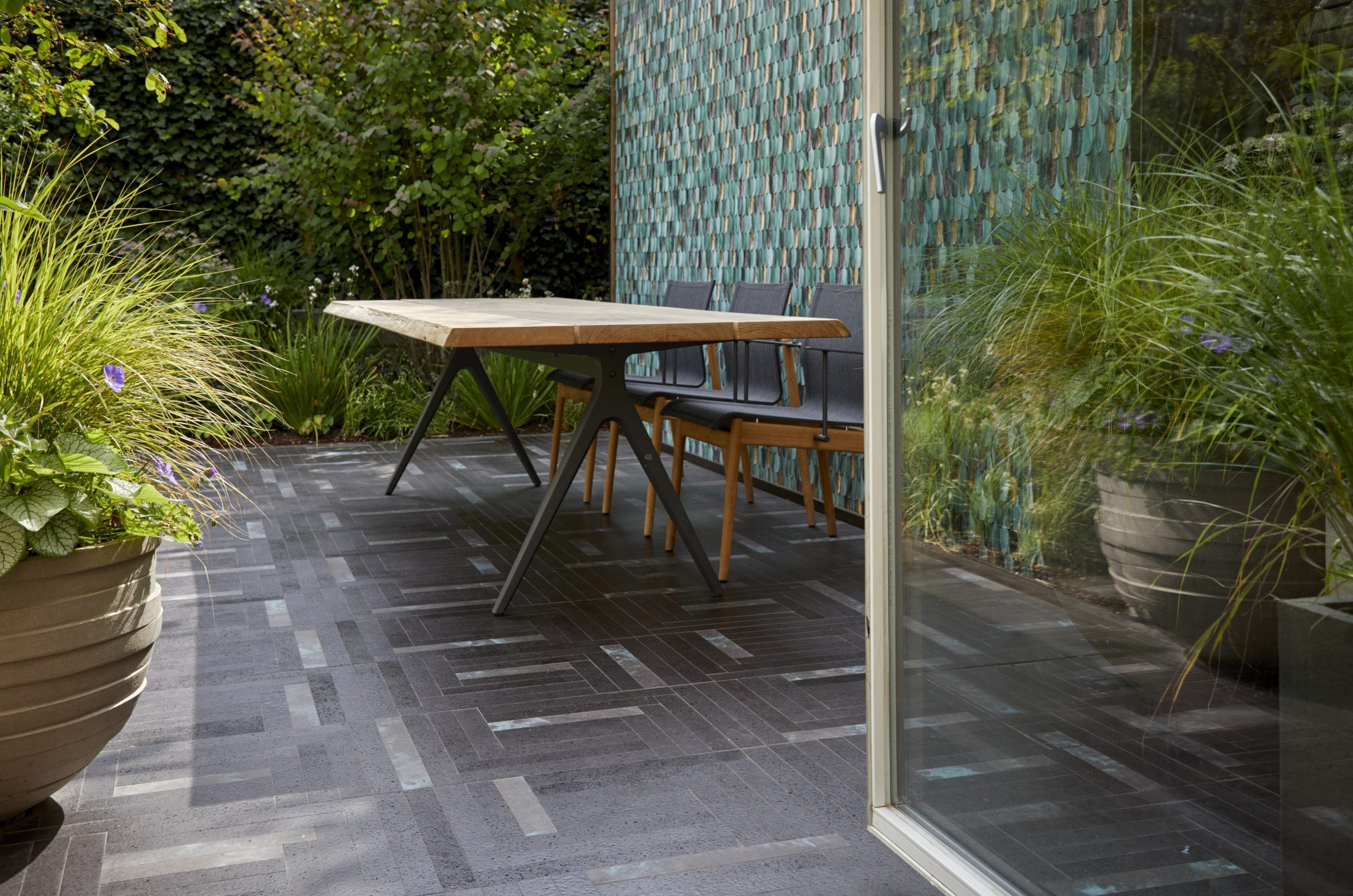 The paving slabs for this elegant garden were supplied by Nero Sicilia - a company working exclusively with lava gathered on the slopes of Mount Etna in Sicily and fired at 1200 degrees. Some of the slabs contain metal particles, and these bring splashes of vibrant colour to the layout. 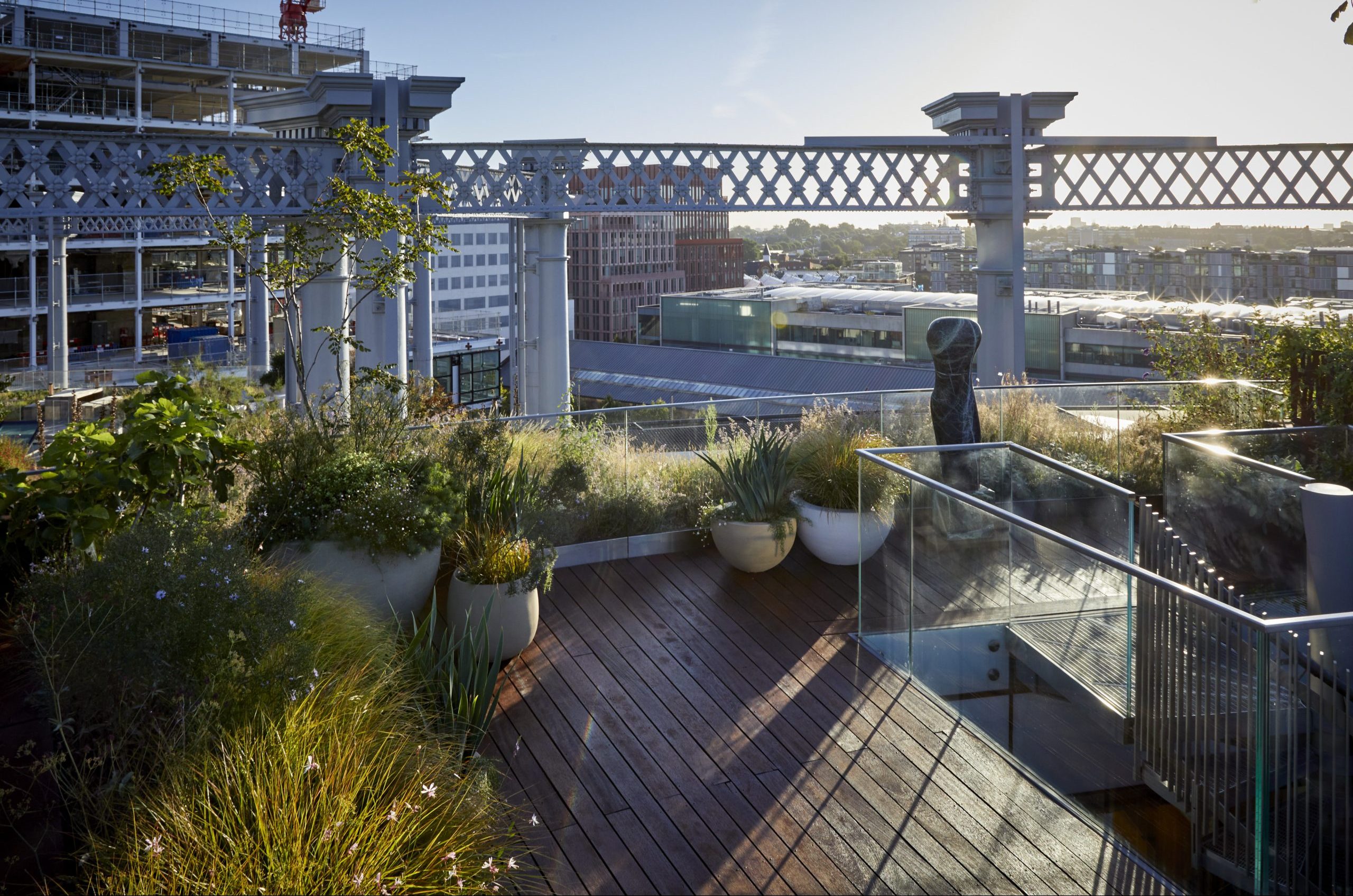 The clean lines of timber decking are particularly effective when seen against the exuberant planting of this garden. We chose narrow boards that would sit well in the garden’s more intimate spaces, and now they are weathering to a silvery sheen in the exposed conditions of a rooftop high over central London.

Reclaimed York-stone slabs sit comfortably in the garden we designed for this country house, seeming to marry well with the planting in each season, and displaying a new palette of colours with every shower of rain. 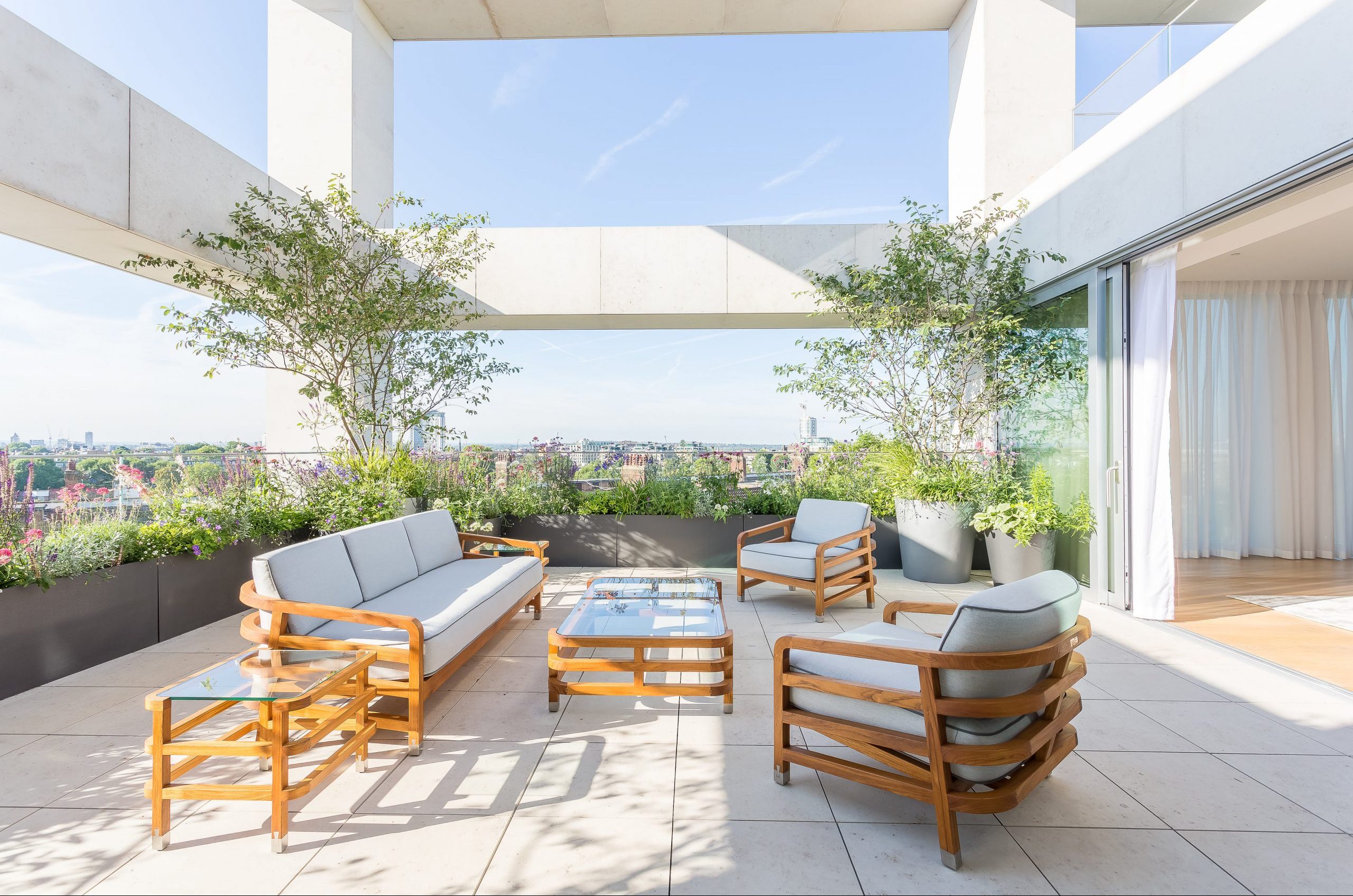 A terrace with a view: Holland Green Place, London.

A terrace with a view: Holland Green Place, London.

Pale and pristine, limestone seemed the only possible choice for the terrace of this apartment in a new development near London’s Holland Park. Both paving and furniture mirrored the minimalist style of the apartment, making the terrace into a seamless continuation of the inside space. 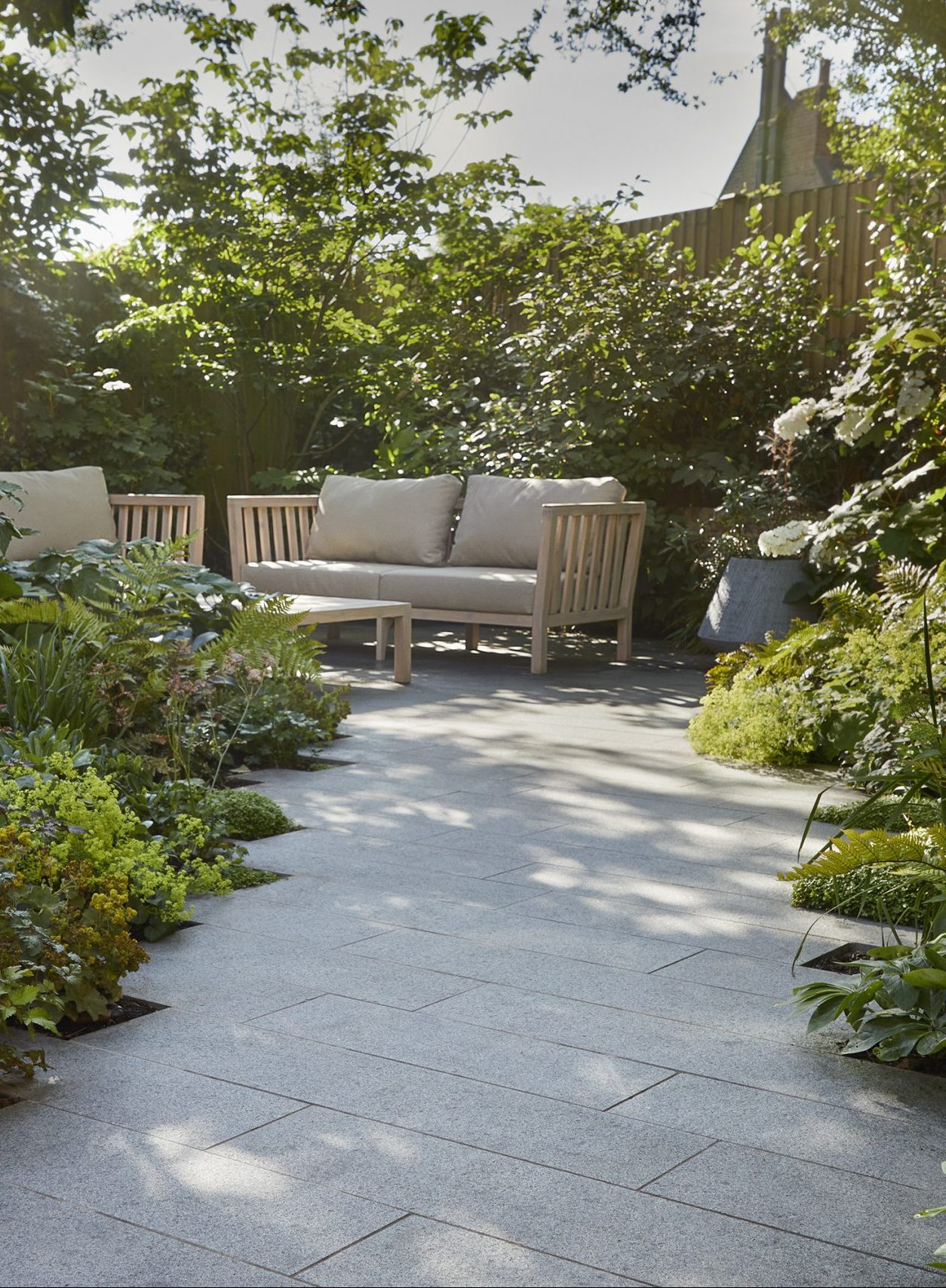 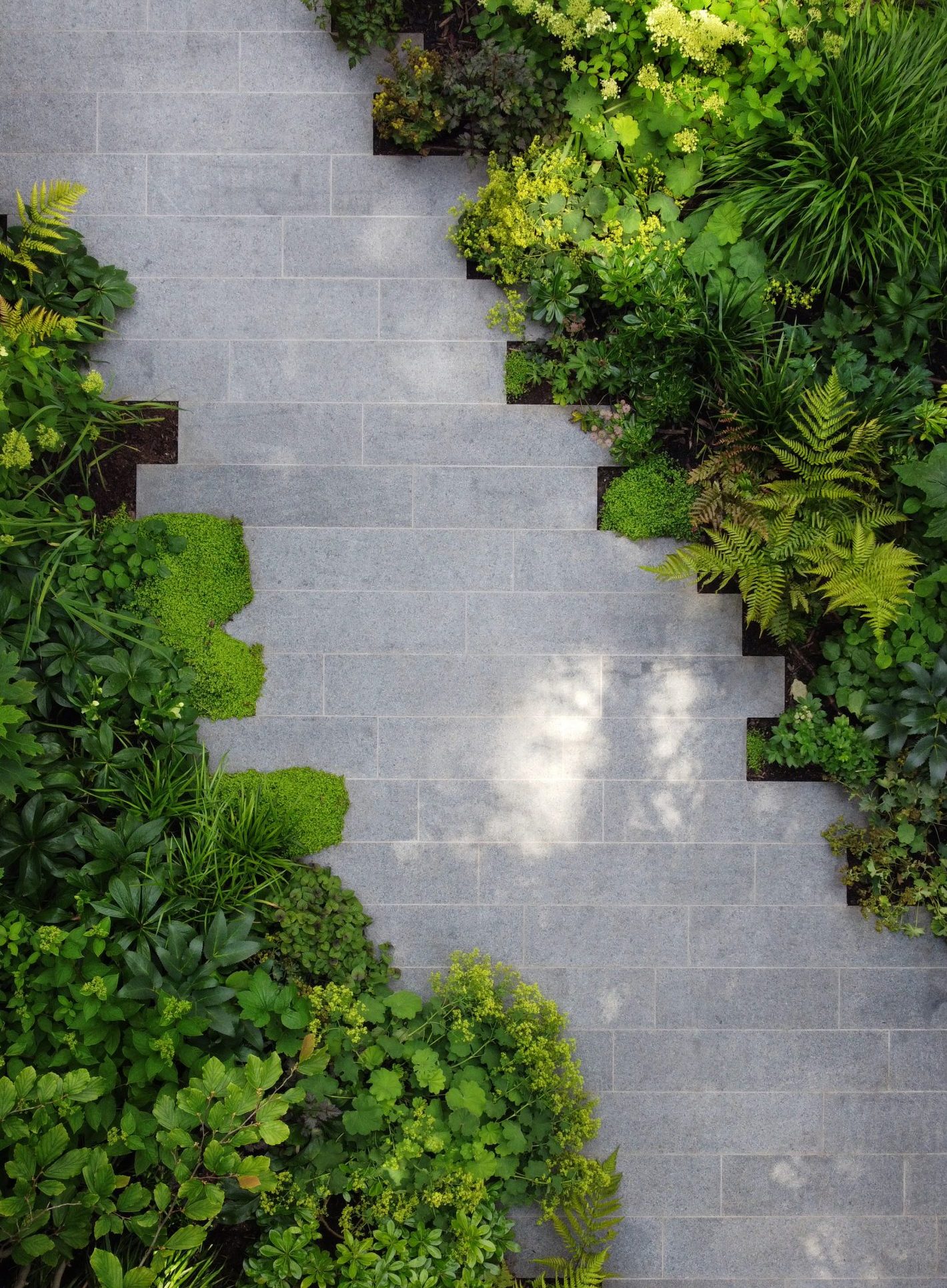 We created an impression of greater width in this garden by selecting sleek granite- plank paving from London Stone and laying it across the paths horizontally, leaving the edges jagged to create an eye-catching and intrinsically modern look. 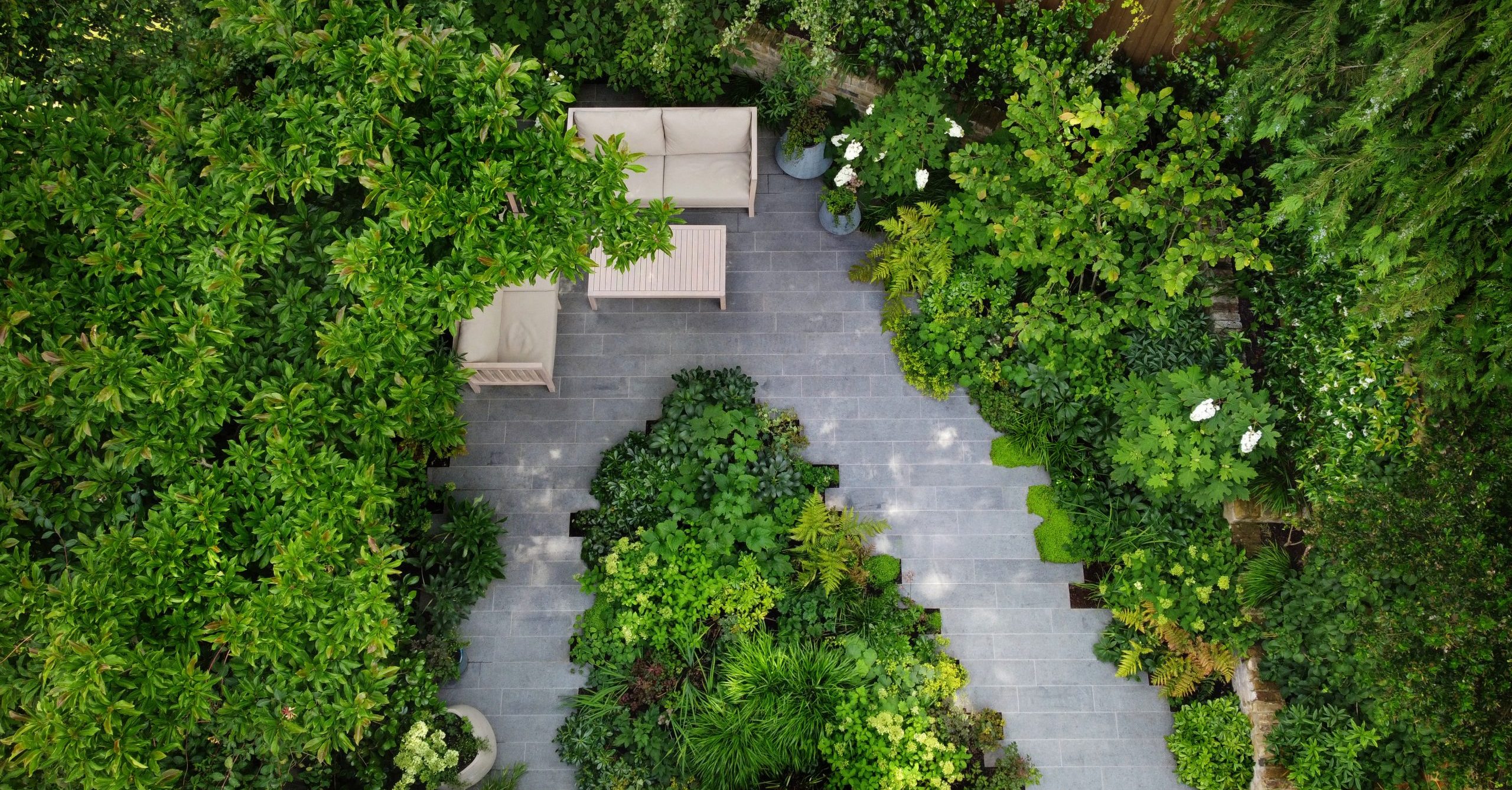 These paths are laid with narrow bricks made Vande Moortel, a brickworks in Belgium run by the same family for nearly 150 years. We softened their impact by choosing two different colours of brick, laying them in an intricate herringbone pattern. 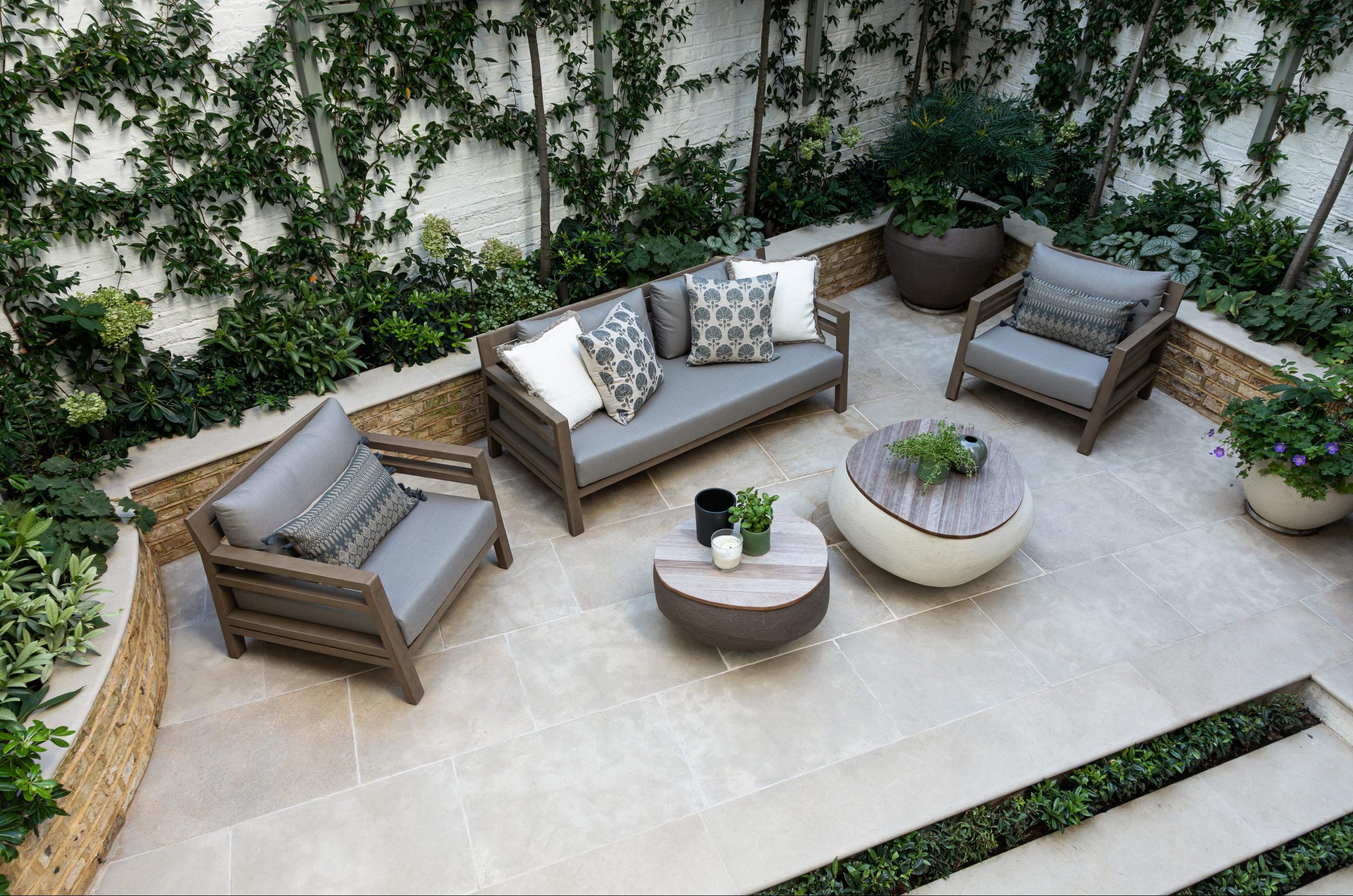 A company called London Stone supplied the beautiful limestone paving slabs we used to create this wonderfully elegant and intimate space behind a Grade ll listed house in South Kensington. 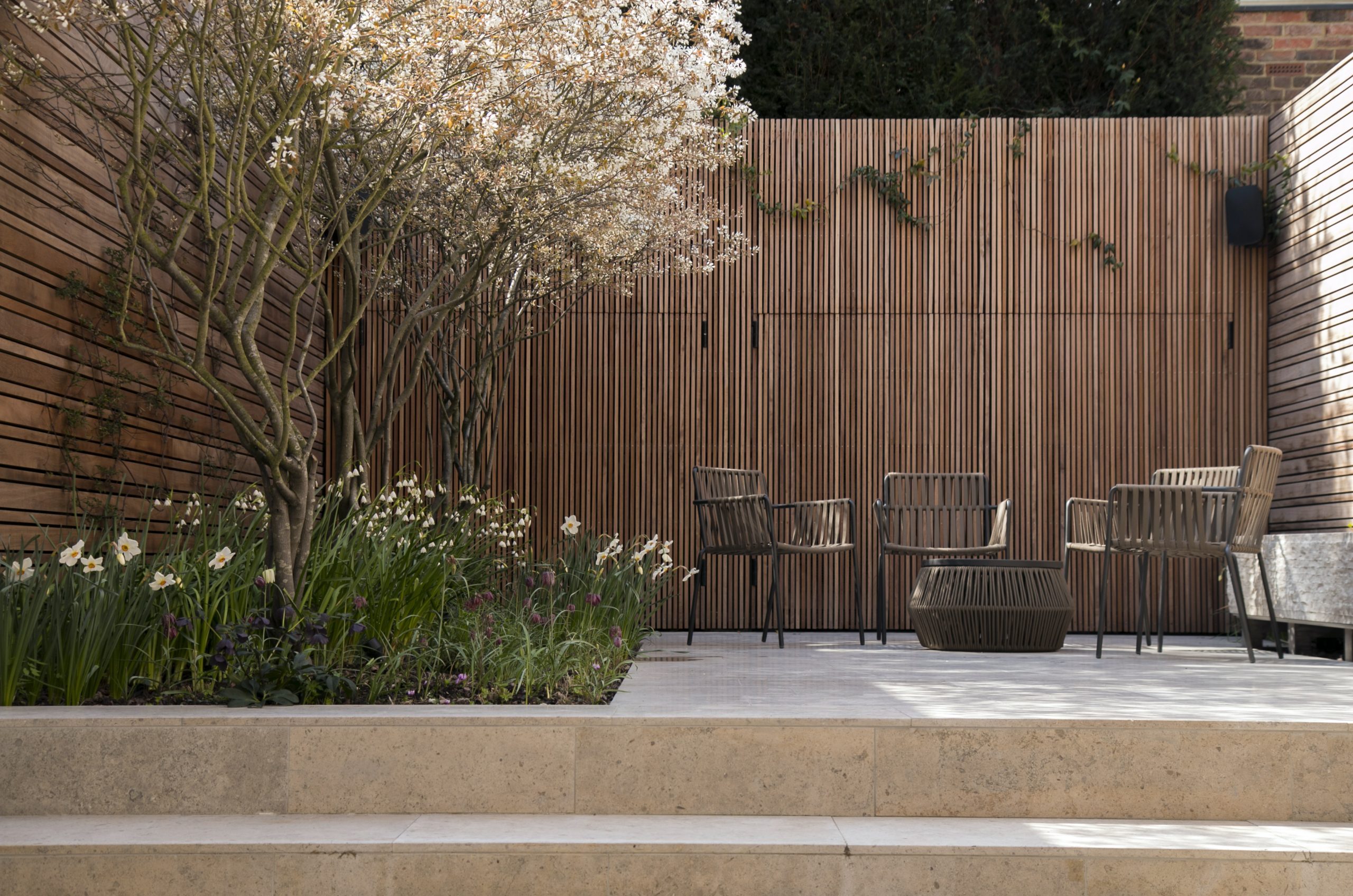 Here we forged a link between house and garden by using the same palette of materials, inside and out. Hence the mellow sandstone indoors has become a material for paving and steps in the garden, where it must be specially treated to stop it getting slippery. The design for the three-metre stone bench against the wall mimics that of a bench inside the house. 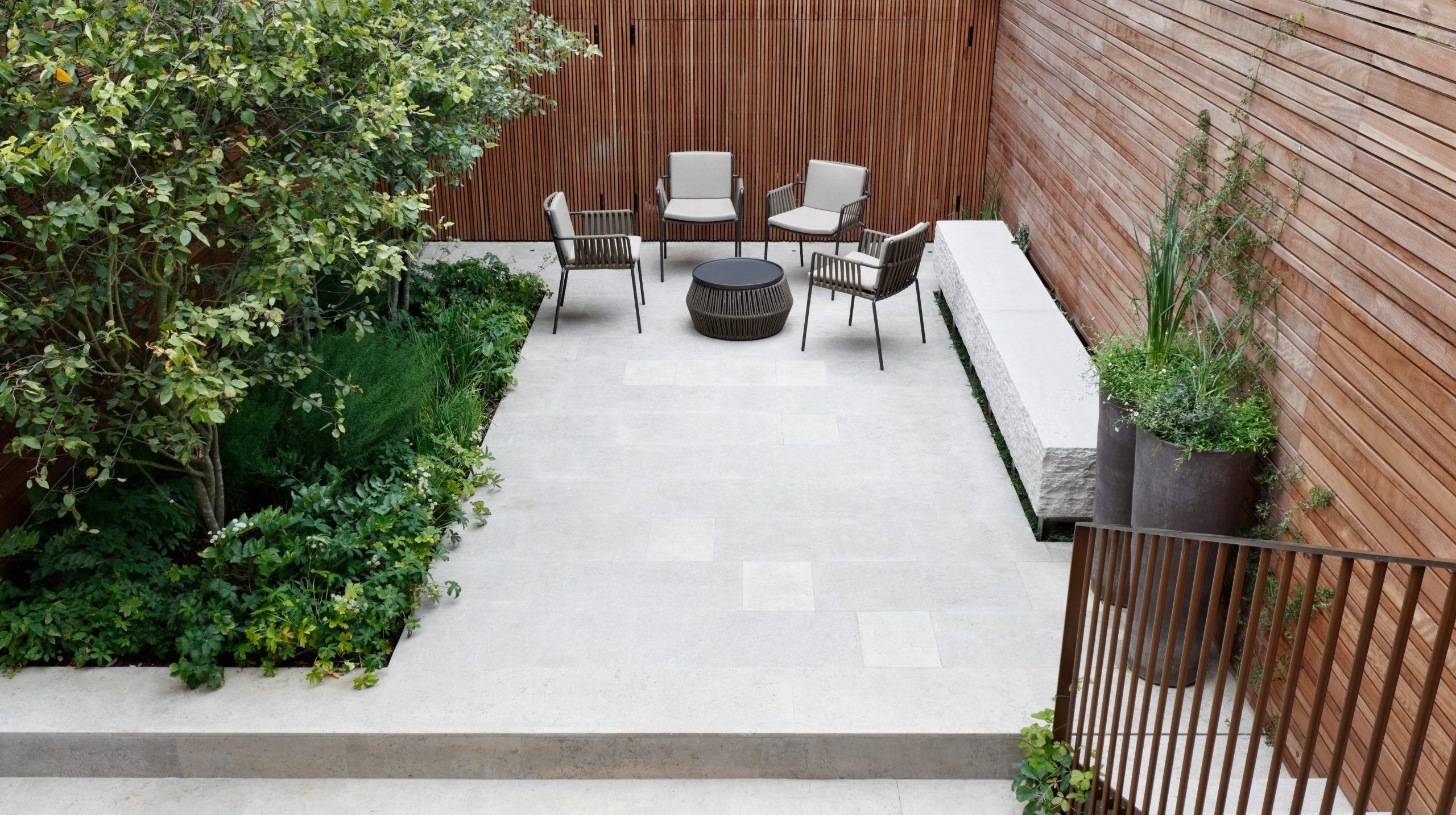